Why Metal Roofing Really Is a Smart Idea

Nowadays there are more roofing material options available than ever, but you’d really be hard-pressed to choose a material that performs better than metal. What benefits go along with choosing a metal roof? Shingles may still be more popular, but metal is much more durable and requires significantly less maintenance. Metal also reflects away more solar radiation, which can help to save you some money on air conditioning costs. And to top that off, a properly-coated steel roof that’s installed correctly can easily last you for a lifetime, or longer! While it’s true that a metal roof will cost more than a shingle roof upfront, installing one roof for life is actually much cheaper than having to replace your roof every 20 years or so!

While the metal itself used in many roofing products is incredibly durable, a real key to metal roofing longevity is in how the roofing is installed in the first place. The biggest source of potential problems where corrugated metal roofing is concerned has to do not so much with the metal itself, but with the screws or fasteners. Depending upon the design of your metal roof, it can potentially require thousands of screw and fastener sites and seams. This could include lap screws, metal to wood screws, metal to metal screws, sealing tape areas, etc. Each of these sites is a potential source of moisture intrusion, if not handled correctly.

Sinking screws to fasten a metal roof doesn’t sound like a very complicated process, so many well-intentioned folks just assume they can take on metal roofing installation as a DIY project. The problem with this assumption is that if you don’t have particular training and experience in this area, you could end up doing more harm than good. One of the most common errors revolves around overtightening or under-tightening the screw fasteners.

Most err on the side of overtightening. It’s a natural reaction to simply try and sink the screw as far down as it will possibly go. The tighter the screw, the more secure it must be, right? Unfortunately, no. The problem with this approach is that it overcompresses the washer and creates too much stress. This will cause the washer to fail prematurely, or worse, you could break the washer right from the start. Overcompressed or broken washers can easily result in leaks.

You don’t want to overtighten, but you really don’t want to under tighten your screws either. A screw that’s underdriven doesn’t create a proper seal for the washer, and that can results in leaks, too. If you can still spin the washer after you’ve put in your screw, that’s a good indication that the screw is still under tightened. A professional installer is able to avoid both extremes by utilizing a specialized screw gun which is set to exact speed and/or torque specifications for metal roofing gasket fasteners.

Another common issue to avoid is putting screws in at an angle. It’s very important to seat each screw such that it’s straight and flush, in order to create the proper washer seal. Sometimes folks can get in a hurry (there are thousands of screws to fasten, after all!), and if you’re not careful you can end up having some screws that are tilted or put in at an odd angle. Every angled screw then becomes a potential leak site for your metal roof, which is no bueno. That’s simply a risk you don’t want to take.

Depending upon which installer you ask, you could end up getting some different answers to this question. But the fact of the matter is that the screws used for attaching metal roofing are self-drilling screws, so it could be argued that you never really need to pre-drill your holes. Pre-drilling gone wrong can actually create more opportunity for moisture to penetrate later. Having said that, there are instances where pre-drilling can make some sense, particularly if you’re attaching your metal roofing to a solid wood substrate. Pre-drilling also can lessen the likelihood of screws being driven in at an angle, it makes longer self-tapping screws easier to sink, and it also allows you to plan out your fastener spacing ahead of time. A lot of it really just depends upon the nature of the substrate and upon the design and layout of your metal roof.

Do the Screws Go in the Ribs or in the Flats?

When it comes to corrugated metal paneling, one question that always comes up is exactly where to put the screws on the metal roofing in the first place. Many advise that screws should be put in the flats or valleys only, while others swear that the screws should go in the ribs. To get an idea of how hotly-contested this topic can get, take a minute to scroll through the comment section of this popular metal roofing comparison video shared by Skywalker Roofing owner Luke Wilson!

Why do people get so passionate about this subject? Well, the screws-in-the-rib proponents say that putting screws in the flats could subject your metal roof to more potential points of leakage, since water is naturally directed to the flat areas. Screws-in-the-flat fans counter by arguing that screws placed in the rib don’t create proper gasket compression, due to the presence of a void under the rib. Another potential problem with screwing into the rib is that it presents a higher risk of the screw pulling out during a wind event.

So what’s the correct answer? As Luke Wilson rightly points out in his follow-up video to address this question in particular, the correct answer is that screws should be fastened in accordance with the metal roofing manufacturer’s instructions, period. To fasten anywhere other than where the manufacturer recommends not only increases your risk of having problems down the line, it also nullifies the warranty for your metal roofing product. And most U.S. metal roofing manufacturers say that you should put screws into the flat, because this location offers a solid wood surface just beneath the metal panel, resulting in a safer, tighter, more secure seal.

And the Best Way to Prevent Screw or Fastener Issues? Choose a Roof with No Exposed Fasteners!

As you can see, there are several concerns to keep in mind when it comes to installing corrugated metal properly. But there IS a way to avoid all of that potential stress to begin with. Just go with a custom-fabricated, professionally-installed standing seam metal roof! Here just a few features of standing seam that make it the best metal roofing option:

With a standing seam metal roof there are ZERO exposed fasteners, meaning there are also no easy opportunities for water to penetrate. The roof is held tight by clips which are fastened to the substrate on which the metal roofing is mounted.

Standing seam metal roofs have been demonstrated to withstand wind gust speeds equivalent to that of a major hurricane. That kind of performance is pretty hard to beat!

Engineered to Expand & Contract with Ease

All roofs undergo some serious temperature extremes, and any roofing material has to endure expansion and contraction cycles.

Standing seam metal roofs are perfectly suited for this challenge. The raised metal seams interlock for effective water protection, but they can also “float” on their clip mounts as temperatures rise and fall.

Metal is a durable roofing material, but a properly-installed standing seam roof composed of quality materials will last 2-3 times longer than lighter-gauge, screwed-on corrugated metal. In other words, this is a roof that not only lasts a lifetime, but will probably still be around for your kids to inherit, too!

Most any roofer can nail a shingle, but there aren’t many local professionals with the needed specialty tools, training, and expertise for handling metal roofing properly. At Skywalker Roofing we can actually custom-fabricate your standing seam roof right on your property, and no one gives more attention to detail and proper workmanship than our skilled installation team!

Ready to get the last roof you’ll ever need? Skywalker can make that happen for you! Reach out to us online, or simply give us a call today at +1 (336) 627-5596. Experience the Skywalker difference for yourself! The Whys and Hows of Good Metal Roofing Ventilation 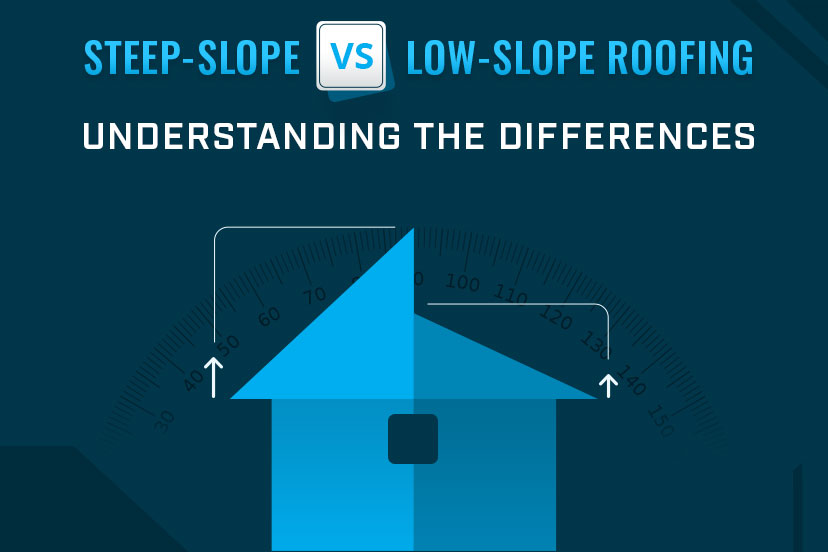 Getting Your Roof Ready for Spring

Be The First To Know About Our Blogs